Shaping the tourism of tomorrow together

Conservation of resources, responsible business practices on the part of service providers, sensitisation of travellers and employees or the involvement of the local population are some of the aspects of sustainable tourism that committed destinations are already promoting and implementing. In order to pull together nationwide and learn from other pioneers, a group of destinations active in sustainability has formed a joint initiative called “Excellence Initiative Sustainable Destinations”. TourCert supports the development of the initiative with funding from the Federal Ministry of Economics and Energy (BMWi).

Strong partnerships for a strong network

The development of the initiative is supported by the Performance Improvement & Innovation Promotion Programme in Tourism, called LIFT which was established by the Federal Ministry of Economics and Energy (BMWi) and is managed by the Federal Competence Centre for Tourism.

Project participants are TourCert as well as the Saarland Tourist Board and the Tourismus GmbH Nördlicher Schwarzwald. The German Tourism Association (DTV) is also supporting the project as a dissemination partner, for example through joint events.

Our goal – Impulses and inspiration through exchange

The Excellence Initiative Sustainable Destinations is designed to enable destinations in Germany to network and exchange information in order to master challenges together, to share best practices and lessons learned, and to promote joint projects that are designed to promote and disseminate the implementation of sustainability in German tourism. In addition, the network is intended to provide targeted support for the partners’ competence development by establishing a knowledge pool and enabling them to evaluate their own sustainability performance on the basis of key indicators. Within the project, several network events, the establishment of working groups and accompanying online services will be implemented.

Together with the project partners and a close circle of participants, the objectives, the structure of the network and desired contents are discussed and adopted. The results are recorded in a network concept.

Through an online platform, the members of the initiative are provided with e-learnings, best practices, literature collections, an indicator tool for recording sustainability figures, tools for exchange and many other modules.

The initiative is officially launched by founding members and TourCert during a festive event. From now on the way is clear for further memberships and activities driven by the network.

Regular networking events will take place, to which the member destinations, but also other interested tourism stakeholders are invited. The events will primarily serve to work on content issues and to exchange information. A first network event is planned to take place in 2020.

The exchange between the member destinations should be maintained in the long term and lead to concrete implementation steps in the respective destinations. The initiative should serve to stimulate cooperation structures and joint projects. For this purpose, working groups are formed or joint project applications are submitted, for example.

The foundation of the initiative

The formation of the “Initiative of Excellence for Sustainable Destinations” was originally planned for April 2020 within the framework of a specialist forum together with the German Tourism Association (DTV), but had to be moved to virtual space due to the Corona Protection Regulation.

On June 3, 2020, the Initiative was officially founded via digital launch. During the event, the first nine founding members of the initiative were introduced and congratulated on their membership, in addition to various statements from federal tourism associations and destinations. You are welcome to take a look at the online event anytime (in German)!

Who is already in?

In addition, another seven members have joined, so that our initiative currently has 16 members.

Primarily, destinations from Germany at (supra)regional level, small and large cities as well as local structures can become members of the initiative. Regional tourism associations such as state marketing organisations and state tourism associations can also join the initiative as full members. Other tourism stakeholders have the opportunity to become involved through associate memberships or strategic partnerships. 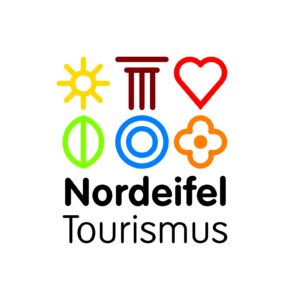 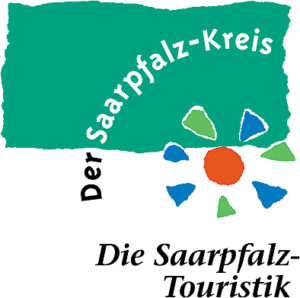 So far, this initiative does only address German destinations. However, we are publishing the information in English as well, as this initiative may serve as a stimulus. We would love to see similar ideas emerging in other countries.

Read our featured Blog Articles and find out more.